The modern animal food warehouse of Nestlé Purina in Chile

Nestlé Purina has opened the most modern pet food production centre of Chile. It involves a very ambitious project that strengthens the company’s growth rate in this country. In the Teno installations (at the country’s centre), it has built a 10,000 m2 distribution centre which Mecalux has equipped with three blocks of high-density racks run by the Pallet Shuttle system, which also includes aisles to prepare orders. Storage capacity and speedy picking are the two features that best describe this warehouse. 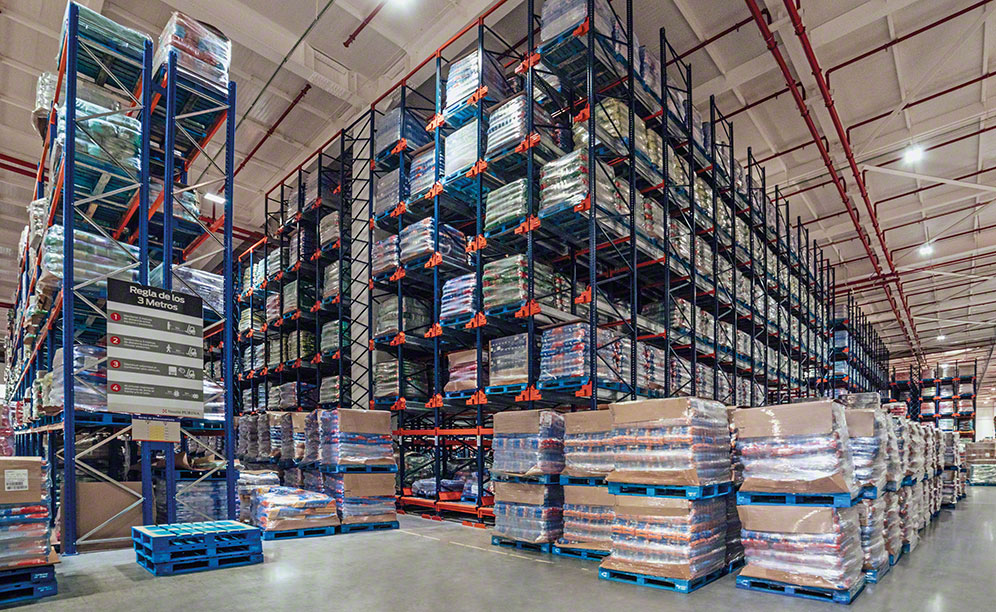 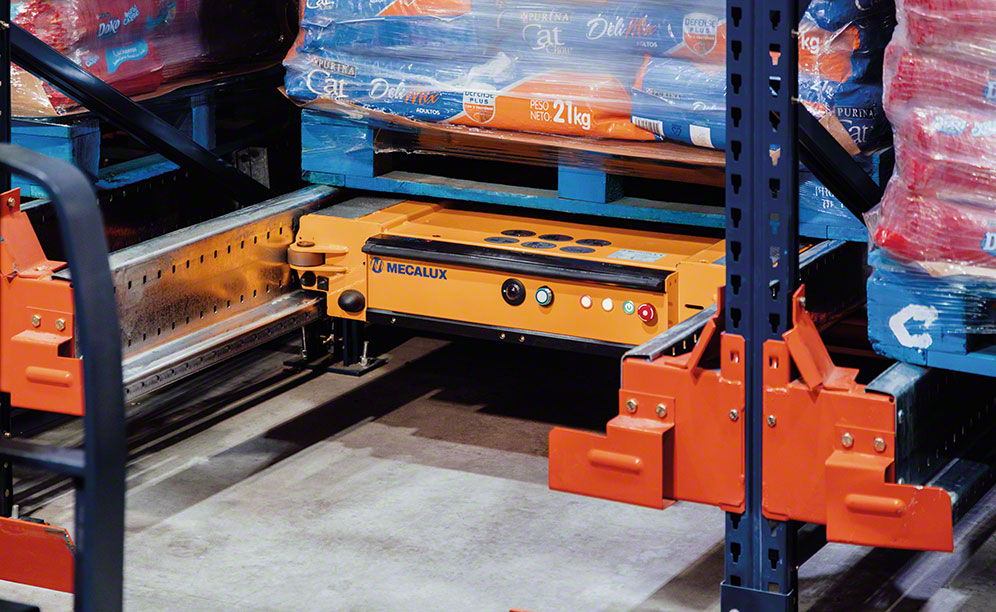 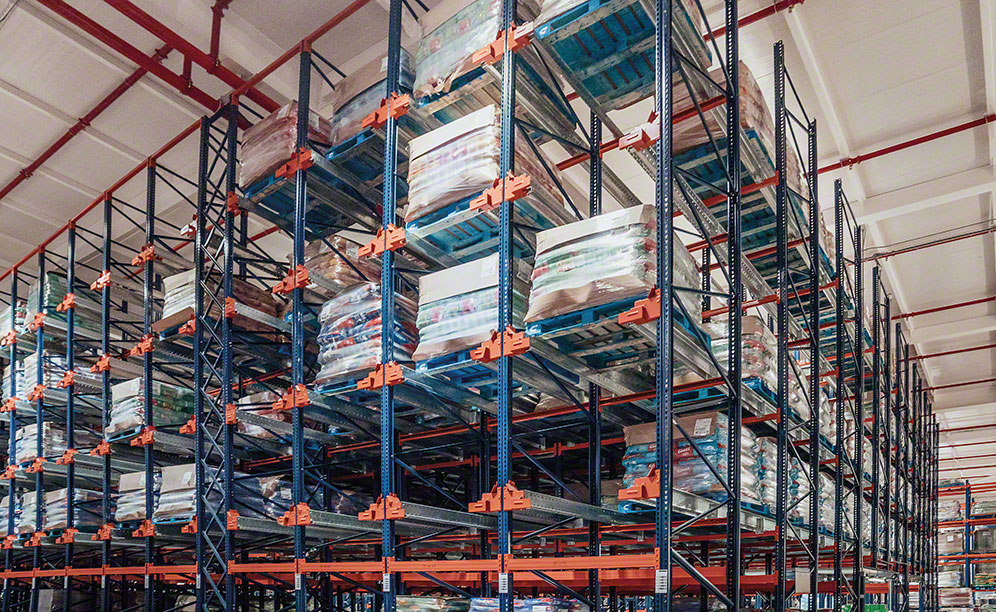 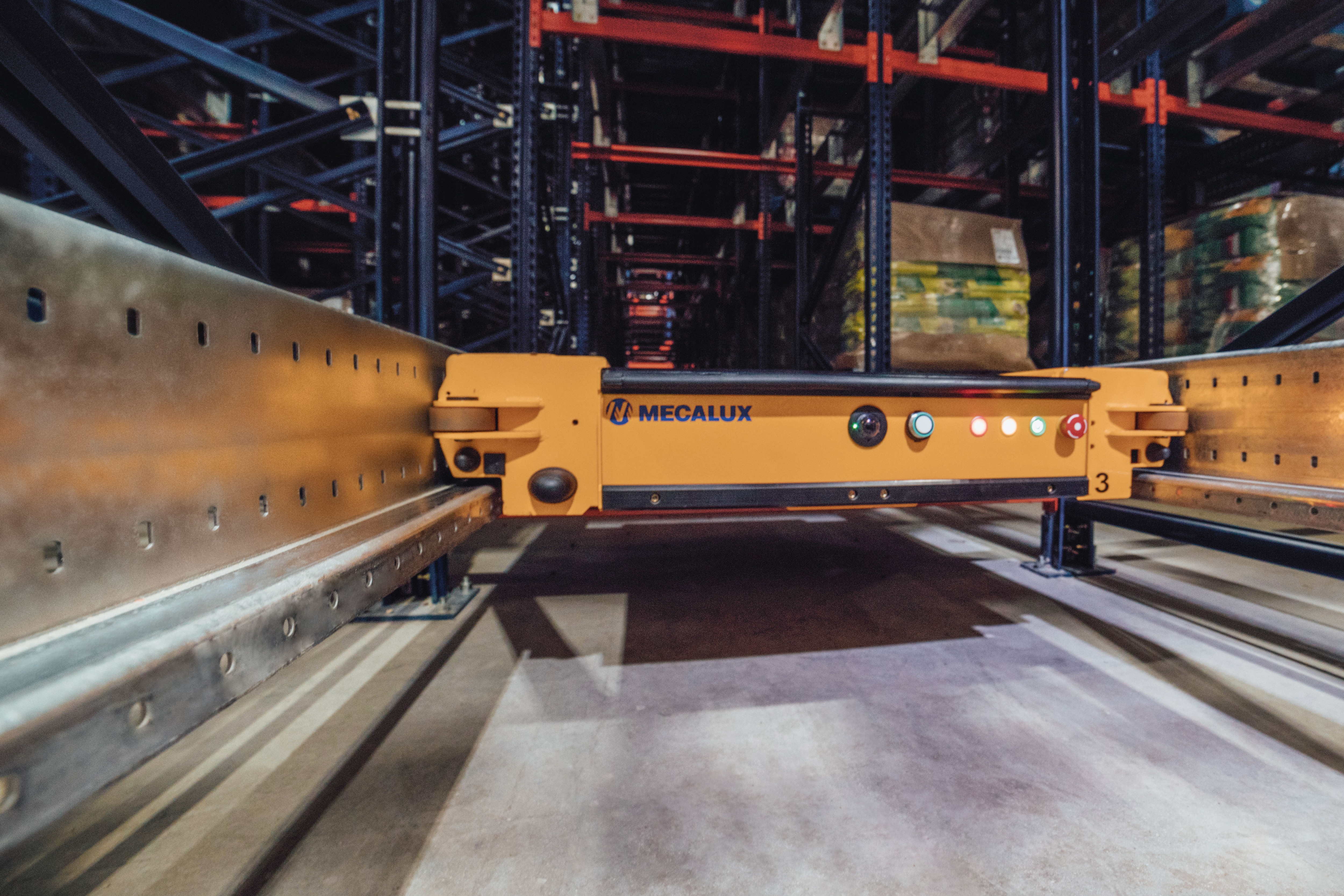 Nestlé Purina is a company that makes nutritious pet foods. The business got its start in 1894 with the founding of Robinson-Danforth, a company which, at that time, was the first to sell food for animals.

Since 2001, it has been a part of Nestlé, one of the biggest food and beverage multinationals. This alliance has produced excellent results for the business: in 2017 alone, global sales reached 12,600 million Swiss francs. Nestlé Purina has kept up the pace and expanded its product catalogue, with flagship brands like Purina Pro Plan, Purina Dog Chow, Felix and Friskies, and many more.

Nestlé arrived in Chile in the 70s and, currently, has become the third highest selling Latin American country (behind Brazil and Mexico). The company is fully aware of the scale of this country’s pet food market, because a large part of the population has a pet at home. According to a study done by the Euromonitor agency, one out of two Chilean households has a dog, and one out of five, a feline.

The company just opened its first production plant in Teno, in central Chile, to supply this market. The purpose of this investment is so the company can manufacture all its own food, which it imported previously. It is the largest pet food factory of Chile, as well as being the most modern one Nestlé Purina has worldwide.

The project is very ambitious, comprising state-of-the-art technology on its production line to make 65,000 tonnes of dried food a year. In fact, 80% of Nestlé Purina’s sales volume globally is produced in the Teno plant. The manufacturing centre has a 10,000 m2 distribution centre fitted out with Mecalux storage solutions to manage all this merchandise.

“We needed a storage solutions provider with experience and know-how because we wanted the rack structures to fulfil our safety standards and ones that would also guarantee their workability,” said Héctor Olmos, warehouse manager of Nestlé Purina in Chile.

Mecalux has worked alongside Nestlé on previous occasions, both in Chile and in other countries. Indeed, as Héctor Olmos explains, “we still remember how the Mecalux pallet racks in our Nestlé warehouse in Santiago de Chile held up during the earthquake on 27 February 2010, which reached 8.8 on the Richter scale.”

“The Nestlé Purina strategy is to reach all our customers through all possible channels,” points out the warehouse manager. However, “logistically speaking, this represents a huge challenge, by having to pick an enormous volume of orders, while also carrying out storage tasks.”

Each day centre makes up a multitude of orders each of which comprises around 50 lines. For this reason, the warehouse is specifically designed to expedite this operation. At the same time, it offers a capacity which fulfils the customers’ needs and guarantees speedy inputs and outputs of the goods.

Mecalux has installed three 10 m high blocks of racks run by the semi-automatic Pallet Shuttle system that, overall, has a 7,278-pallet storage capacity. In two of these blocks, pick tunnels were enabled along the bottom of the block of racks. While upper levels have the channels with the Pallet Shuttle system, lower ones feature the open aisles. Here, workers collect the SKUs that comprise each order directly off the pallets located in the live channels.

Pallets are inserted into the live pick channels through the loading aisle. They can house between four and six pallets. By being inclined, the goods slide via gravity down to the opposite end, which faces the picking tunnel. The advantage of this system, in the words of the warehouse manager, “Well, reserve palletised stock stays stored in the same channel, which is why we always have the products we need to pick.”

With this solution, Nestlé Purina space-purposes its warehouse’s room better. Plus, by enabling a specific zone to pick and organise products according to their demand level, operator movements have been cut back. Instead, we have gained speed and efficiency when it comes to preparing orders each day.

Choosing the Pallet Shuttle system for this warehouse was due to that “it improves storage density and, what is more, it is very flexible, depending on how many automatic shuttles we use,” mentions Héctor Olmos.

It is an ideal solution to manage this distribution centre’s huge work volume. Each day it receives an average of 300 pallets coming from production, as well as the Nestlé Purina plants in Argentina, Brazil, the United States, Italy and France. It also ships out another 480 pallets (mainly to customers located in Chile).

The Pallet Shuttle, among high-density storage systems, is considered the most agile because it minimises operator handling times. While operating reach trucks, the workers place the motorised shuttle in the corresponding channel and the pallet in the first position. Then, the Pallet Shuttle moves it up to the next open spot inside the channel automatically.

The goods are slotted into one side of the block of racks and are extracted from the opposite side. It is managed as per the FIFO principle (first in, first out), which is the most suitable for expiry date sensitive food products like the ones Nestlé Purina makes.

Héctor Olmos - Warehouse Manager of Nestlé Purina in Chile
“We are pleased with our warehouse’s productivity. Without a doubt, it has more than matched our expectations. Our experience has been a positive one, since Mecalux was there every step of the way, from construction to commissioning. We also purchased the post-sales service package because it gave us peace of mind. Now, we can focus on what we do best: making and distributing pet food, while we leave the smooth running of the storage system operations in Mecalux’s capable hands.”

The pet food warehouse of Nestlé Purina in Chile