A conveyor that connects the Nutricia production centre to dispatches

Mecalux has installed a conveyor tasked with moving goods directly from the NUTRICIA production centre to the warehouse’s dispatch zone. This conveyor system cuts out the use of traditional handling equipment to shift goods between two points. By lessening manual load handling, this increments general safety in the installation significantly. 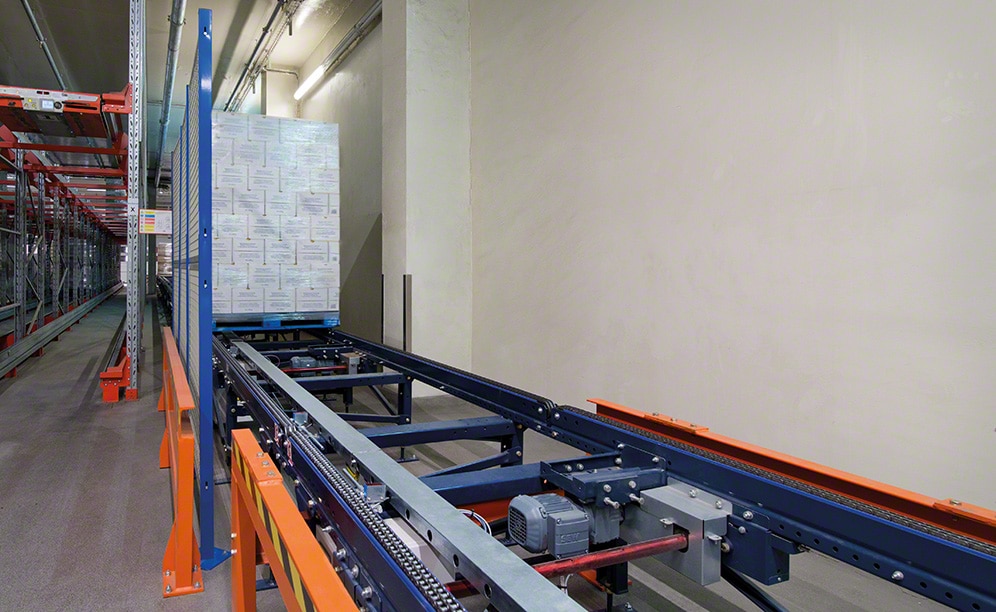 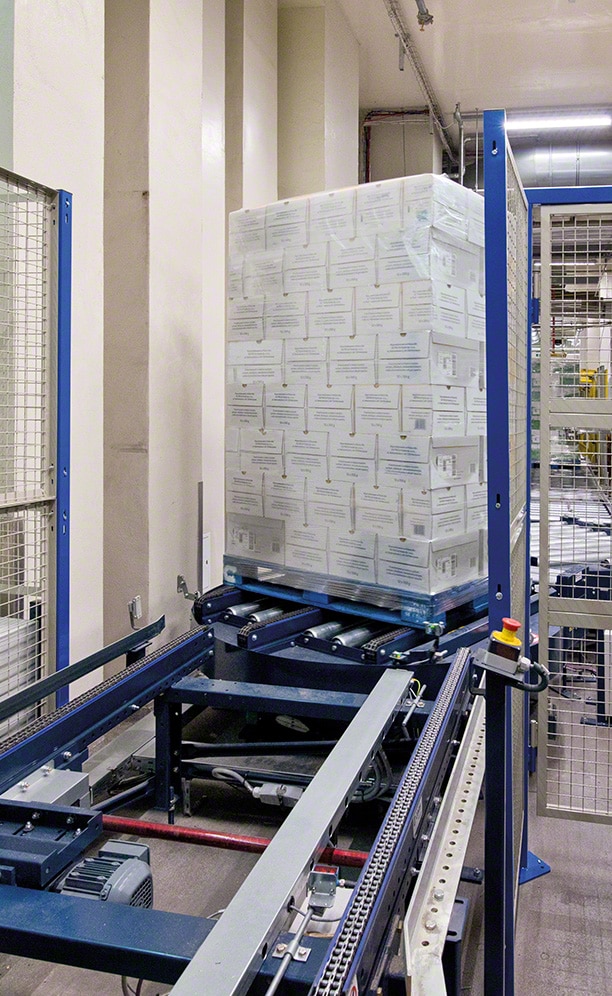 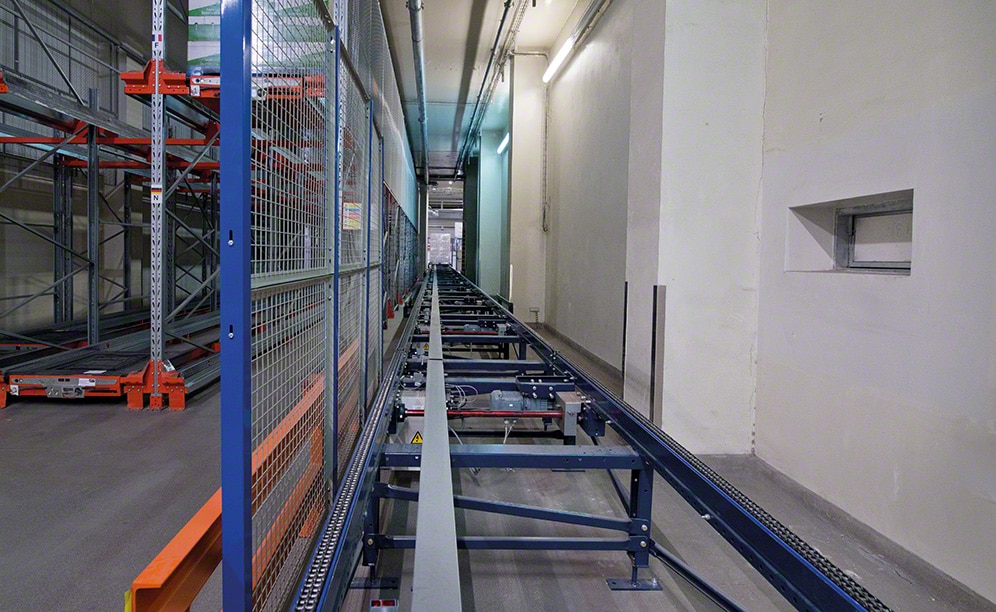 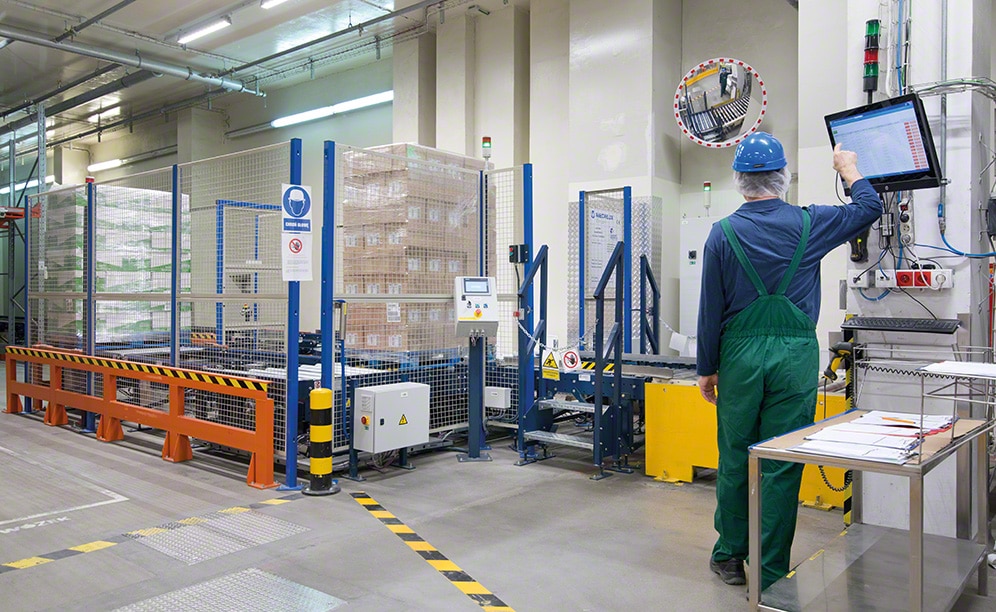 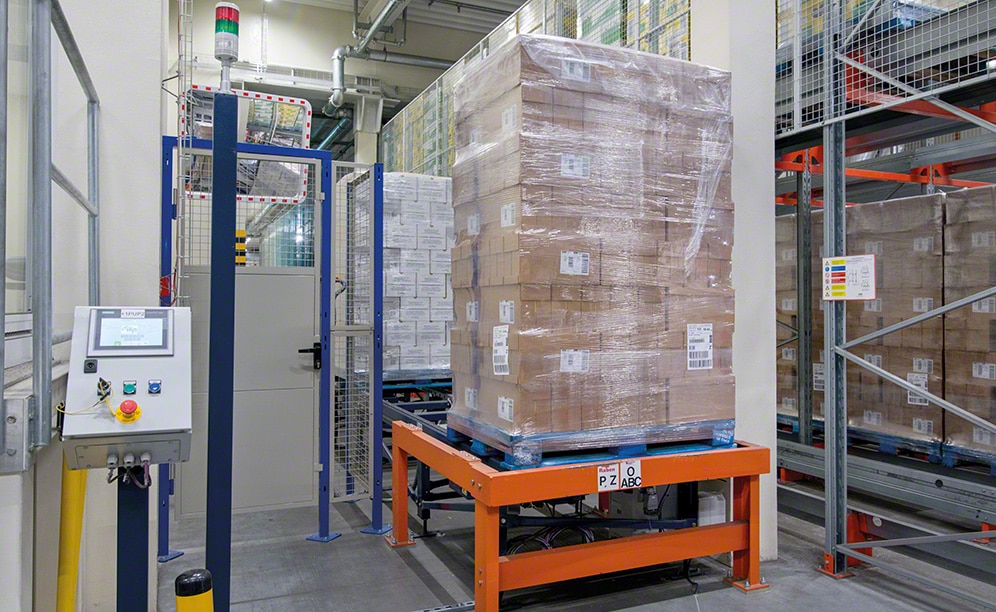 Inside the Danone Group, NUTRICIA is a company that makes baby and toddler food, as well as dietary and illness-specific nutritional products. This company opened in 1901 in the Netherlands and started up in Poland in 1993, where it has become a leader in its sector.

NUTRICIA, as a company, is strongly committed to making quality products. As such, its production centres are equipped with the latest in technology.

Its recipes are created by nutritional experts and fulfil the specifications of the World Health Organization.

The chain and roller conveyor

Mecalux has installed a chain and roller conveyor that joins NUTRICIA’s production centre to the in-warehouse dispatch area. The conveyor crosses the entire warehouse along one side, with its circuit ending just in front of the loading docks. This solutions speeds up the transport of goods between the two areas, eliminates repetitive operator movements who run standard forklifts and, at the same time, minimises the interference with other operations taking place in the warehouse.

The circuit has two exit points along its route: