Unidroco installs a miniload warehouse to speed up the storage, replenishment, and picking of more than 10,000 SKUs

Unidroco, wholesale leader in drugstore and perfumery items specialised in distribution, has an 800 x 600 mm automated miniload warehouse in their Barcelona logistics centre with capacity for more than 14,200 boxes. The installation is set up to automatically carry out product replenishment, all without interrupting order preparation. It is controlled by the Easy WMS warehouse management system by Mecalux. 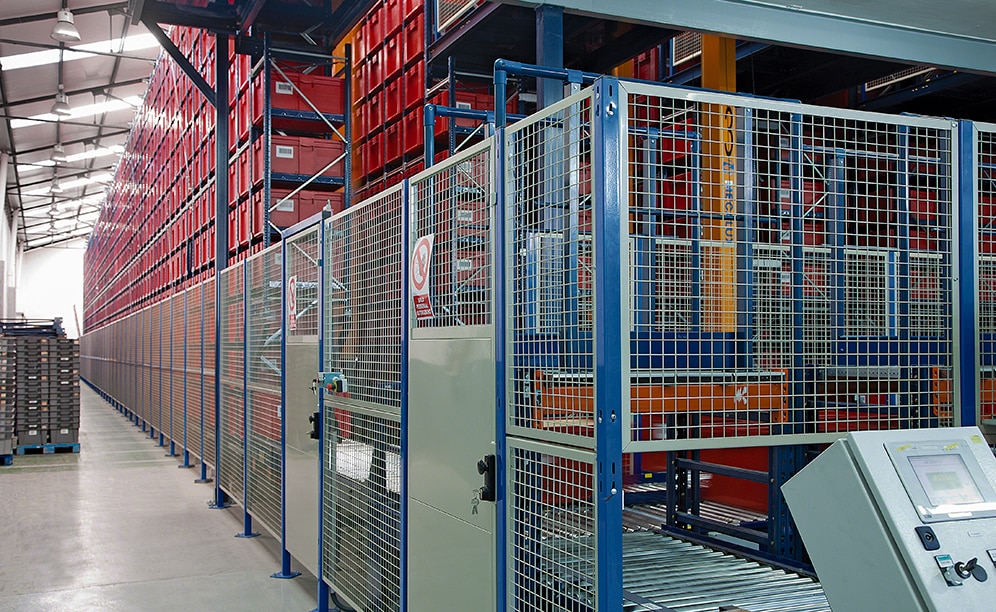 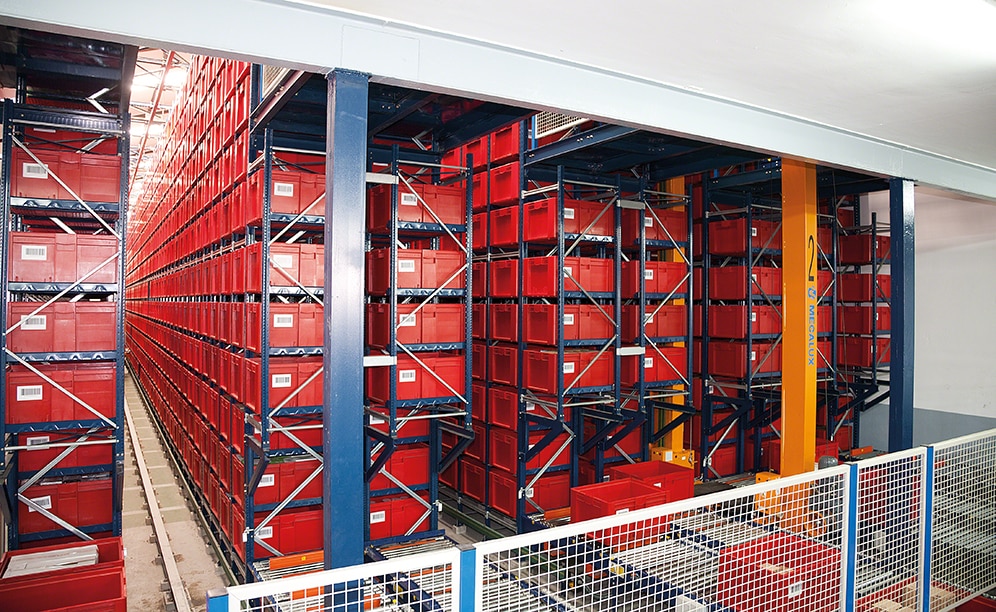 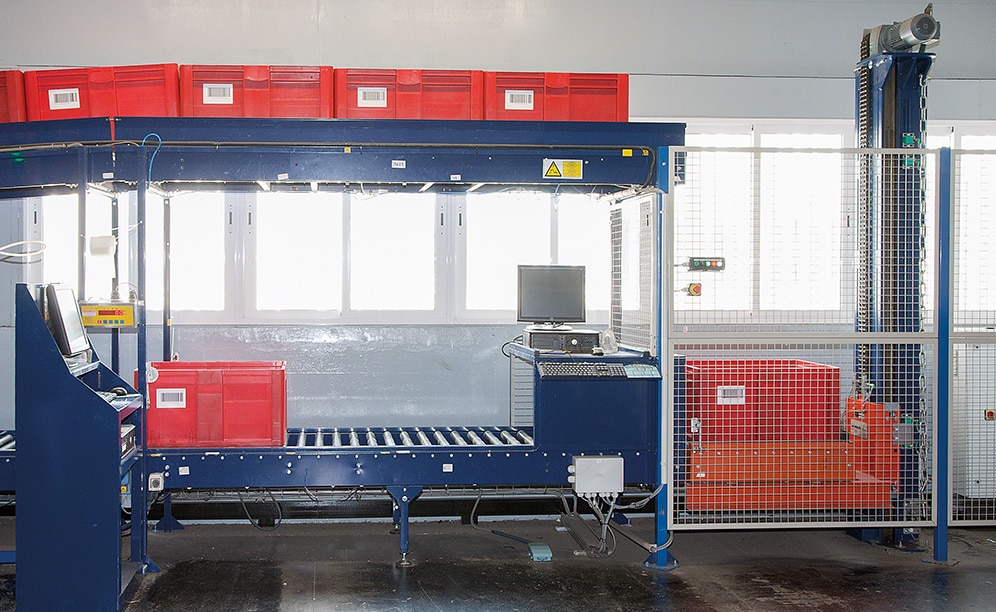 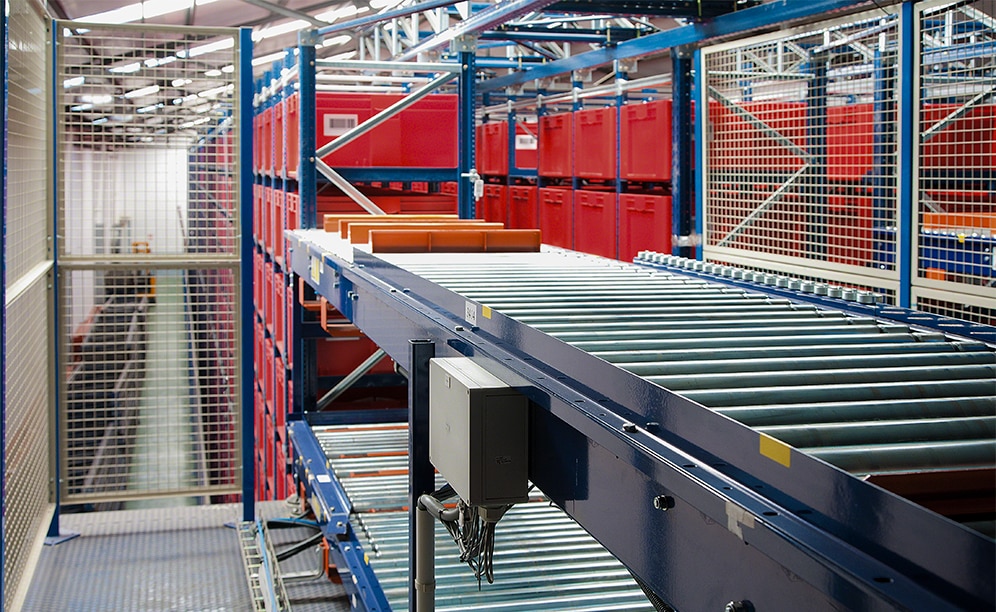 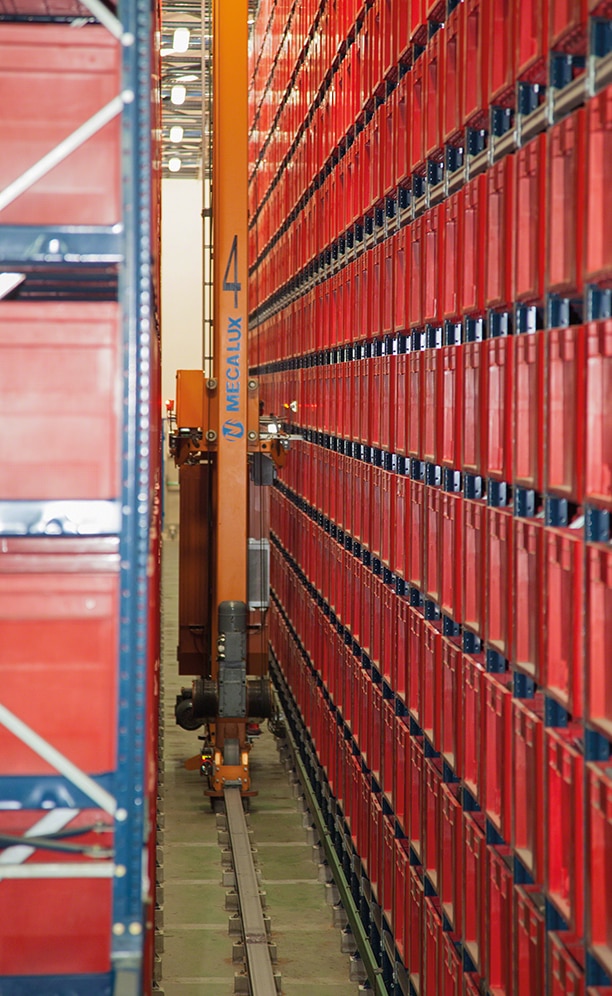 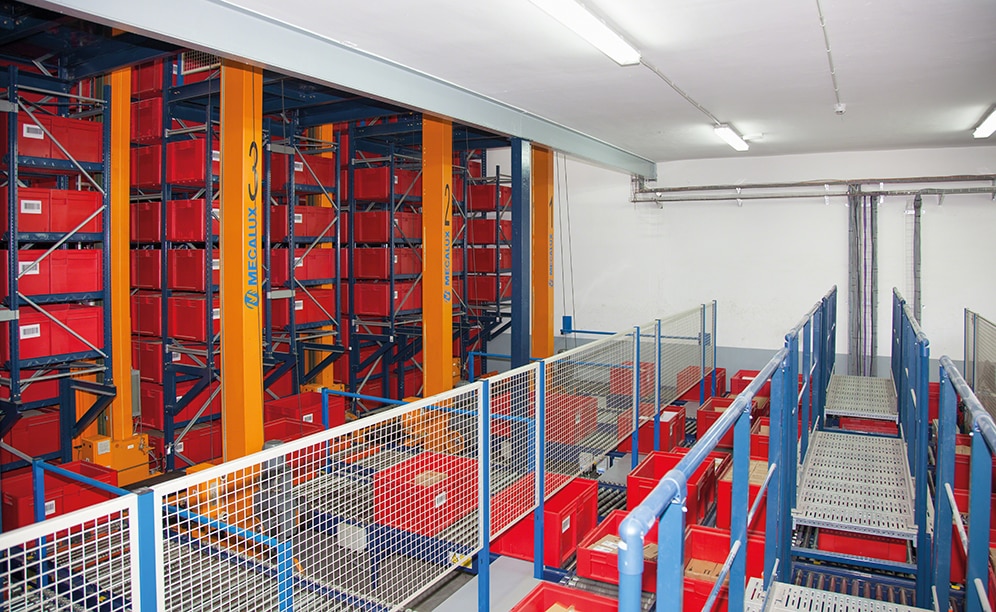 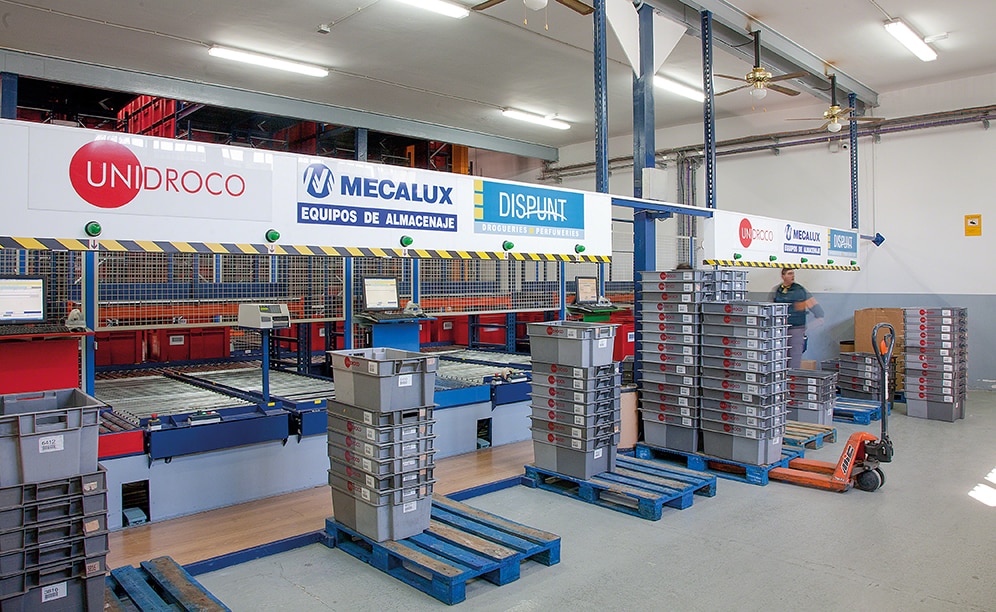 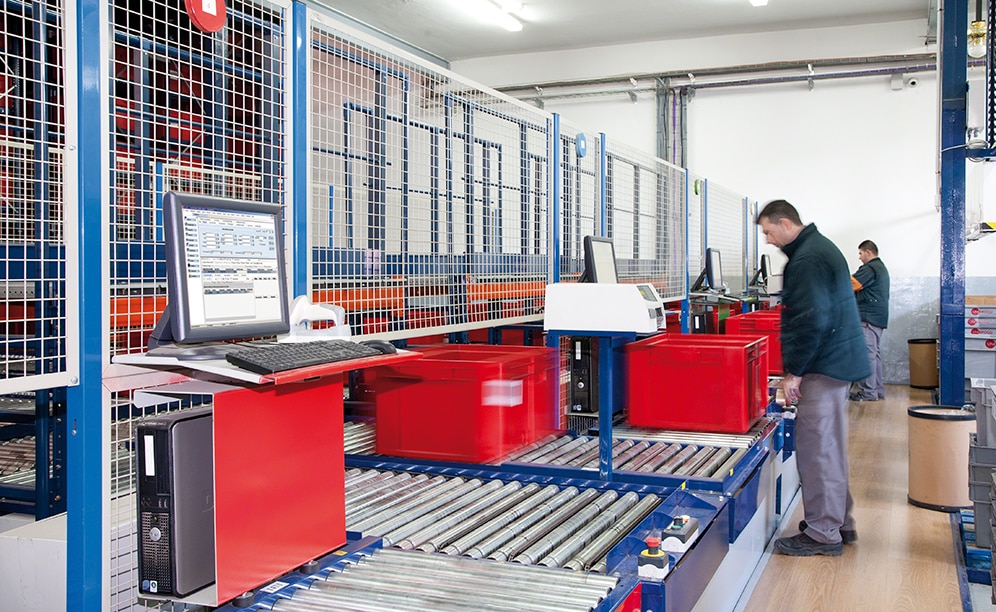 Unidroco was established in 1958, in a small warehouse located in Barcelona. In 1978 the company moved outside the city, to Barberà de Vallès, where it currently owns a 11,000 m2 warehouse.

The Spanish company has 200 associated establishments in the Dispunt drugstore and perfumery chain and another thirty paint and décor speciality premises with the Unidecor denomination.

Altogether, the company works with more than 10,000 SKUs that are distributed via shops, small supermarket chains, hardware shops and health and beauty outlets.

Unidroco had a warehouse with traditional storage and order preparation systems. The most advanced solution used was a horizontal carousel, an order preparation system composed of racking bays that move horizontally to a work station. Although it speeds up picking by eliminating the movements of operators, this system has a large disadvantage in that items cannot be replenished when preparing orders, a fact that went against the needs of the company.

Unidroco works with a large number of cycles. It requires a system where product replenishment does not interfere with the day-to-day workings of the warehouse. With those conditions, they opted for an automated system also based on the product-to-person systems, but which allowed simultaneous replenishment and order preparation.

In addition, it was necessary to improve space usage in order to boost storage capacity and optimise both storage processes and order preparation.

According to Unidroco’s requirements, the construction of the warehouse took place keeping the future growth of the company in mind.

The assembly of the installation was done in three phases:

A warehouse connected to the replenishment area
The Unidroco automated miniload warehouse is comprised of fourteen linear racks served by seven stacker cranes, with a storage capacity of more than 14,200 boxes. The main conveyor system is set up at the front, and is composed of two independent levels of conveyors that work uninterrupted, guaranteeing excellent performance and preventing interference.

Order prep is performed on the lower level, which coincides with the ground floor. Meanwhile, the upper 5 m high double conveyor circuit is connected with the replenishment area.

Its role is very simple: the empty boxes circulate on the highest conveyor, while the boxes full of products flow below. Therefore, warehouse floor space is freed up and the products in the miniload are replenished without obstructing storage and picking tasks.

In addition, and due to its length, the replenishment conveyor offers large-scale accumulation capacity of both empty and replenishment boxes alike. That way, it is possible to prioritise picking operations and to take advantage of off-peak hours to replenish products in the miniload warehouse.

The fifth aisle, with the same technical features as the four mentioned above, has racking composed of 72 bays, and a total capacity for 2,095 boxes.

The last two aisles enabled, with a 5,204 box capacity, have three more levels of storage.

A twin-mast stacker crane circulates in each aisle with double forks in its cradle for 800 x 600 mm boxes. It is capable of making 40 combined cycles per hour each, a total of 280 between all the stacker cranes; in other words, moving 560 incoming boxes and 560 outgoing boxes per hour.

Picking area
Four picking stations were arranged on the lower, frontal part of the automated warehouse, enabled to prepare orders by waves.

Each picking station is fitted with a computer connected to the Mecalux Easy WMS warehouse management system and other support equipment for order prep. For example, there are put-to-light devices placed above the containers of each order destination and differentiated by several colours. That way the tasks of operators are facilitated, while enlivening picking and reducing errors to a minimum.

The operator extracts the SKU needed from boxes coming from the miniload warehouse and confirms reception by pressing the screen or, in the event their hands are full, via a foot-pedal. Once the order is validated, the operator deposits the products in the boxes they have just behind them.

Easy WMS and Galileo
The Mecalux Easy WMS warehouse management system is tasked with deciding where each product should go, keeping them under control all at times and applying the logic of the parameters that each one requires, from the moment it enters the warehouse to when it is dispatched.

This software is optimised to grow and evolve with the company, since it incorporates optional tools and applications. Therefore, the user can adjust the programme’s configuration to their changing needs, with maximum flexibility and autonomy.

Galileo is the control software from Mecalux. It is in charge of the logical execution of each machine’s movements to carry goods from one point in the warehouse to another.

Unidroco has an automated miniload warehouse in their Barcelona logistics centre with capacity for more than 14,200 boxes