Pros and cons of electrified monorails, an effective and high-speed transport system for goods

Electrified monorails are one of the fastest goods transport systems that can be set up in a warehouse. Their main advantages include the high efficacy, speed and continuous movement flows, as they are able to move pallets steadily 24-hours a day. There are two commercially-sold models, with different applications and performance levels: aerial electrified monorails and inverted, floor-mounted ones. 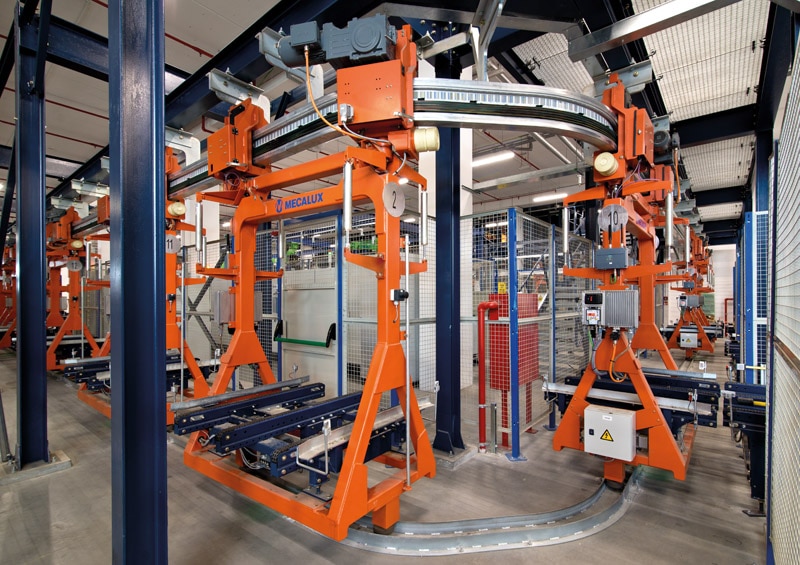 This discontinuous transport system is composed of automated trolleys driven by an electric motor. These slide along an I-shaped electrified rail that can be either hung from the ceiling in the case of aerial electric monorails, or fixed to the paved surface of the warehouse in the inverted models. Its job is to transfer pallets between the different stations located along its route.

The maximum number of pallets in motion is limited by how many trolleys are in operation. However, accumulation points can be added with conveyors in specific zones of the circuit. 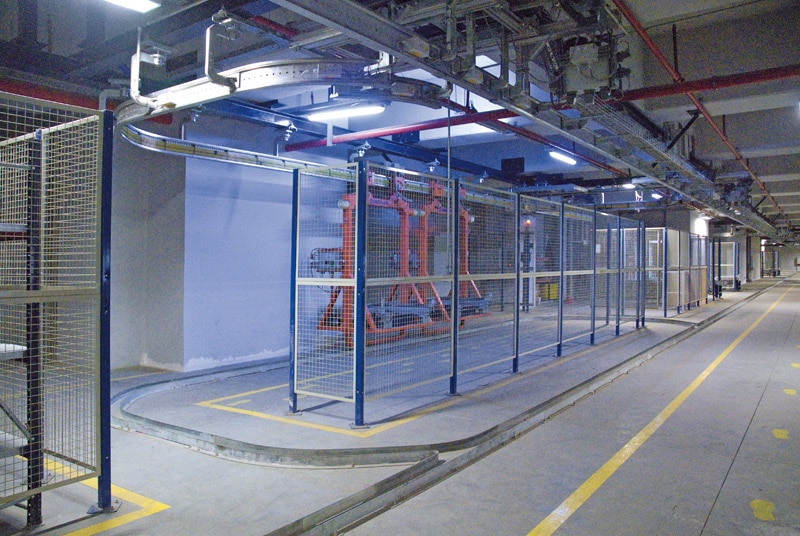 Electrified monorails are widely used in warehouses and production centres due to the countless benefits they provide: 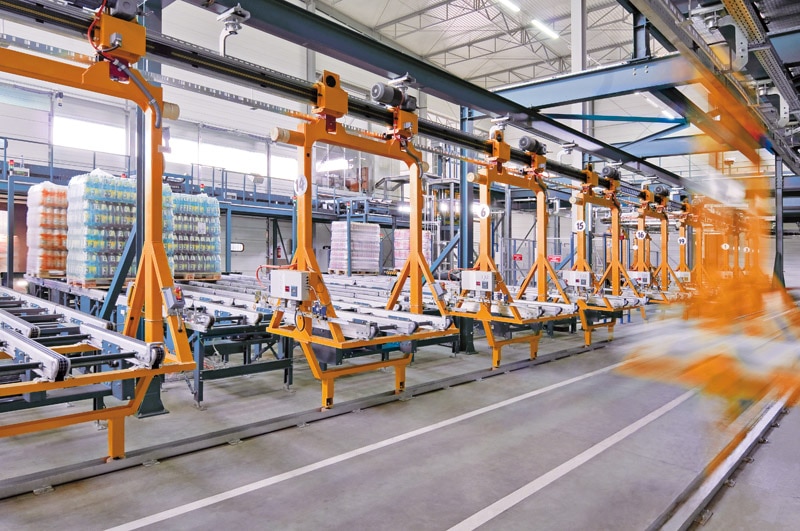 It is fundamental that a powerful control software is implemented for the electrified monorails to work correctly, all connected to the warehouse management software (WMS).

The trolleys are enabled with control units connected to the central warehouse computer wirelessly. The latter is tasked with sending commands to the trolleys and telling them which route they must go along to reach their destination point. This route is determined according to rules and parameters that streamline the movements of the electrified monorails and delineate the shortest path.

It is possible to install changes in direction, diverters and shortcuts along the circuit used to created secondary paths to stop the trolleys from having to run through the whole circuit to reach the different stations.

Besides that, the control system is set up to streamline power usage and manage the acceleration and braking of the trolleys, which means movements are smooth and almost noiseless. 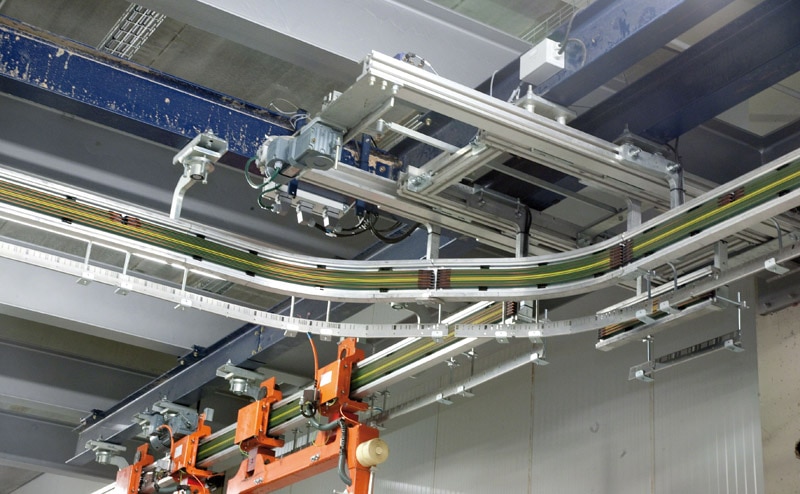 There are two types of electrified monorails: aerial ones and floor-mounted ones. Their components, assembly and commissioning are very similar. However, both their applications and advantages are quite different.

Choosing which model to install will depend on diverse variables, like the transport needs that must be met, operations planned by the business or load characteristics, among others.

These are the best-known commercially available models. This pallet transport system uses autonomously moving trolleys that are self-propelled and suspended from an aluminium rail. The rail hangs from the building’s ceiling or a raised structure.

The rail is strong enough to withstand the loaded trolleys. It also fulfils a two-pronged role: first, it comprises the path the trolleys circulate on and guides them along this route and, second, it houses the copper conductors that supply the electricity to the trolleys, as well as the devices that track their position in the circuit.

The biggest advantage of this system is the floor remains obstacle-free, letting other handling equipment pass by as needed.

This trait alone turns this into the best system in the following situations: 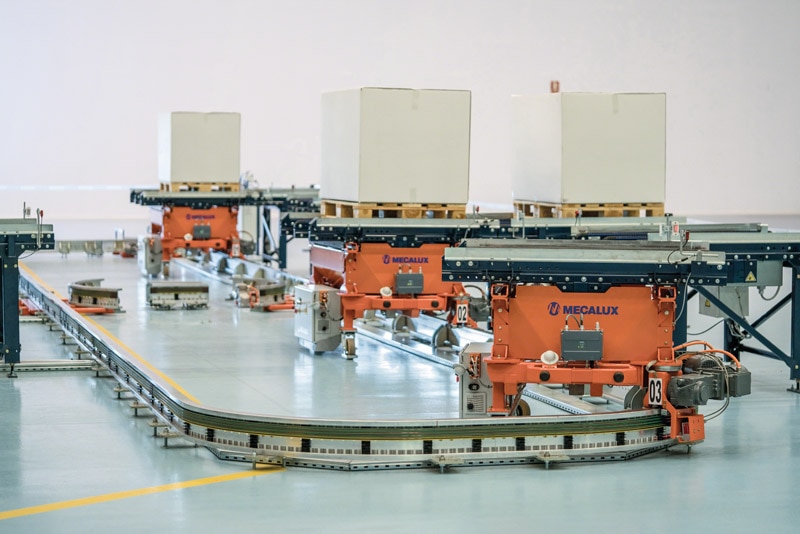 These electrified monorails, whose rails rest on the floor, are best suited to medium-length circuits. They are easily implemented, as the only thing that needs verifying is that the floor is level and strong enough to attach the guide rails.

This model is a good fit for recirculation circuits that link entry and exit points of an automated warehouse to picking stations or outputs to dispatch.

Electrified monorails usually offer the same benefits as the aerial version, the only exception being that the floor is not left open for handling equipment to run through. Moreover, by not having auxiliary structures, the circuit can be easily modified.