Mexicana de Industrias y Marcas (MIYM) continues to reap the benefits of Mecalux’s live storage racks. This is a storage system that optimises the available space to accommodate a larger number of pallets.

In 2010, the company equipped its warehouse in Cuapiaxtla (in the Mexican State of Tlaxcala) with live storage from Mecalux that offer a warehousing capacity for 640 pallets. The installation was expanded twice, reaching a 1,120-pallet capacity overall. 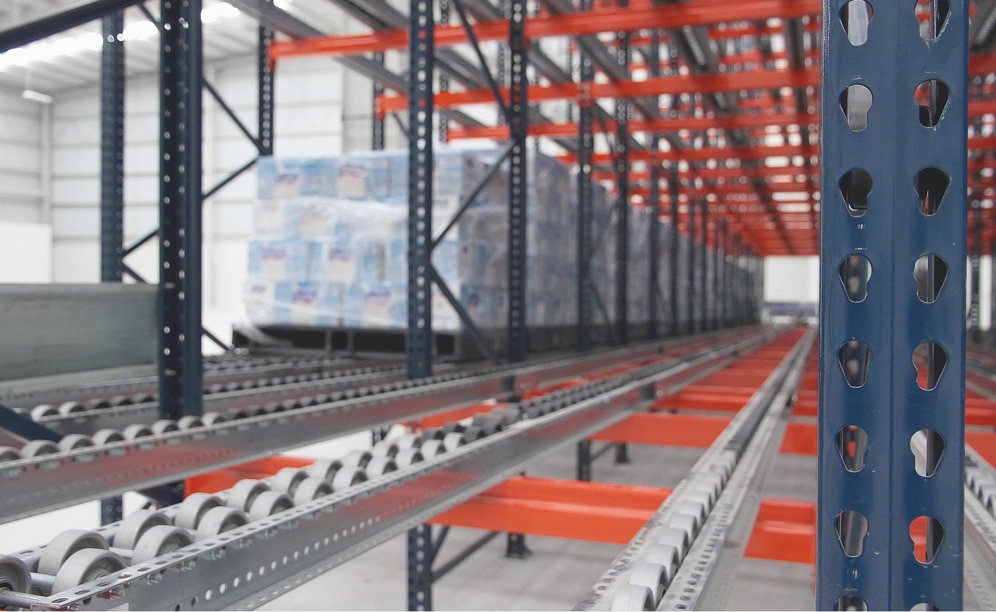 In 2016, MIYM built a plant and warehouse in Huejotzingo (State of Puebla) and decided to go with live racks from Mecalux yet again. This centre has also been expanded twice, and in the upcoming months, it will be enlarged again with another block of live racks to hold an additional 3,000 pallets. In all, the warehousing capacity will hold 5,760 pallets.

Founded in 2007 in the State of Puebla, MIYM is a company which specialises on the production and packaging of dairy products. In 2010, it launched its first retail brand, Delite, a semi-skimmed milk product range. One year later, MIYM decided to market its other brand, Tivoli, to increase its production and bolster its market presence in Mexico.